Looking Up to Your Roof Terrace

When somebody looks at an old Georgian town house sitting on the street they don’t expect to discover a glazed extension sitting on the valley roof. An extension that has a curved glass roof and walls with windows that looks out over the town. And yet it’s completely invisible to passers-by walking around on the street. 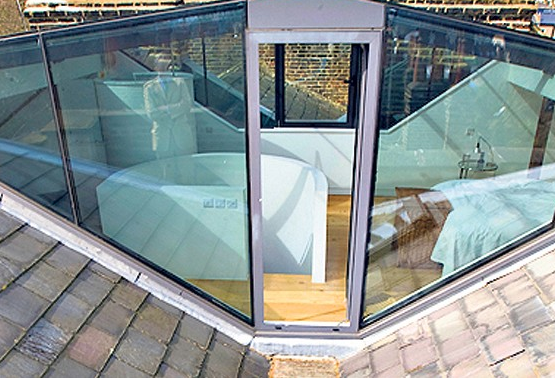 Such a project would cost in the region of £130,000, though. Tony Blake carried out this project and the 67-year-old claims that it’s given it a new lease of life. The house in the North London area of Highgate has had its rooms kept to their traditional sizes, whilst still keeping formal reception rooms, amongst other things. It acts as a studio room, which Tony claims is very useful.

Ian Hay was the architect who carried out this work, and it wasn’t easy. Originally, two central roof slopes covered where the extension is now. These had to be sliced out to create a space where the new extension could be built. In six months they were removed, the roof was reinforced to take the new weight, and a 50 square metre space was erected in its place.

This project has revealed one of the most prominent complaints for homeowners who are tired of their small properties, whilst at the same time not wanting to move out. For them, looking upwards is the answer. People often forget that these architectural marvels can work with a large variety of properties. Roof gardens, additional extension pods, and even terraces can be created. The trend is already extending into places such as Bristol, Edinburgh, and Brighton.

A three-story house in the London area of Fulham was the subject of Blaze Stojanovski’s property development business. What he wanted to do was to take the two-roomed property and to add a whole new floor by changing the roof. Tearing off the sloping roof, he added a new floor by adding a slate-clad extension. A new bathroom, 120ft balcony, two bedrooms, and a study were also added to the house. From its original £150,000 value it added on another £350,000, although this was a mere estimate made by Stojanovski. 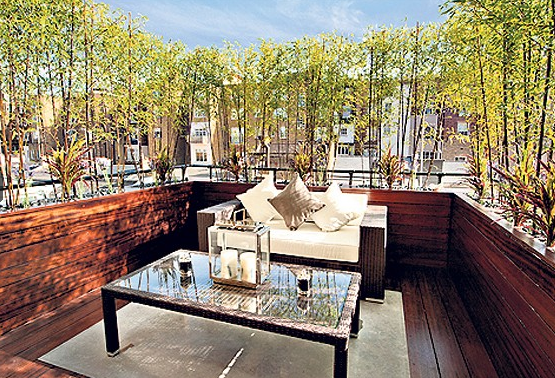 Another example comes from Debra Parker and Tony Brohn. These two architects work as part of the Studio B3 organisation and were working on a similar project in Clapham. They created a pod on top of a late Victorian property. It was a timber-made pod combined with zinc. Another bedroom was needed to help accommodate the homeowner’s five kids. The flat roof was converted into an extra room with an additional balcony. Planning permission had to be won however, and they only did this because the addition is lower than the roof of the house itself.

This entry was posted in Construction and tagged Roof Terrace. Bookmark the permalink.